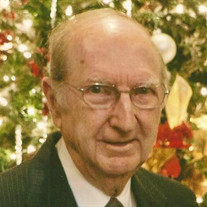 Thomas Eustace Steimer Thomas Eustace “Tom” Steimer, 88, of Monroeville passed away Sunday, October 16, 2016 due to the effects of Parkinson’s Disease. Tom is survived by his wife of almost 65 years. He married Helen Marie Sappie on November 7, 1951 and they raised seven children: Thomas James (June) of Irwin, PA, Verne Louis (Kathleen) of Ligonier, PA, Margaret Marie Stickley (Tobias) of Hagerstown, MD, Paul Joseph (Pamela) of Monroeville, PA, Joan Germaine D’Aurora (David) of Stevensville, MD, John Eustace of Knoxville, TN, and Mark Regis (Julie) of Knoxville, TN. Tom was predeceased by his two eldest children, Thomas James (June 5, 2016) and Verne Louis (September 17, 2005). Tom is survived by his sister, Lois Beres of Kansas City, MO, and his two nieces, Nancy and Vicki, and by 21 grandchildren and 9 great-grandchildren. Tom was born November 14, 1927 in Duquesne, PA and graduated from Baldwin High School in 1945. Tom enlisted in the U.S. Army after high school and served for two years, leaving to attend college. After graduating from college in June 1951 Tom was commissioned as an officer in the U.S. Army during which he served two years at Fort Richardson, Alaska. Tom and Helen often reminisced about their experiences in Alaska, including Tom participating in overnight army field exercises in sub-zero degree temperatures and Helen giving birth to their two eldest children in medical quonset huts. Tom resigned from active duty in 1954 but continued to serve as a reserve officer until 1959 (achieving the rank of Captain). He was proud of his service. After active duty Tom starting working as an accountant for Westinghouse Electric Corporation. He worked at various Pittsburgh area locations including Bettis and Cheswick, and also as the Plant Controller of the Nuclear Fuel Division in Columbia, SC. Tom was the Manager of Government Contract Costs at the Gateway Center corporate headquarters when he retired from Westinghouse in 1991 after thirty-six years. Tom had an affinity for his alma mater, Duquesne University, where he earned a BS in Accounting and an MBA. Tom and Helen enjoyed playing bridge, and participated in a monthly bridge game with the same five couples, Duquesne alums, for well over thirty years. Tom loved to sing and was a lead in a barbershop chorus for 35 years. He sang in the choir at North American Martyrs Catholic Church, and then later was the cantor for the Sunday 8:30 mass for approximately fifteen years. Tom played a lot of golf after retirement and was a member of Churchill Country Club. He loved baseball and would watch the Pirates on TV whenever he got a chance. His children will remember him as a man who lead by example, respectful of others, charitable, steady and hard-working. Friends will be received Thursday 2-4 and 7-9 p.m. at the GENE H.CORL INC. FUNERAL CHAPEL AND CREMATION SERVICES OF MONROEVILLE 4335 Northern Pike (412-372-2100). Mass of Christian Burial 10 am. Friday October 21, 2016. at North American Martyrs Church with Father Joseph Luisi as celebrant. Entombment following in Good Shepherd Cemetery. For more information, please visit www.corlfuneralchapel.com

The family of Thomas E. Steimer created this Life Tributes page to make it easy to share your memories.