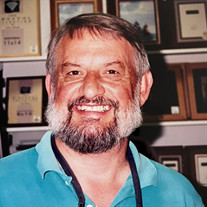 Robert “Bob” Nicholas Stanutz, of Monroeville, PA., passed away on Wednesday, December 8, 2021, at home. He was born on August 3, 1941, in Hammond, Indiana to the late Nicholas and Adeline Stanutz (nee Gostylo). A proud Boilermaker, he graduated from Purdue University in 1963 with a degree in Metallurgical Engineering. Immediately after graduation he went on to work for Westinghouse, where he spent his entire career. He often said that when he evaluated his options, he looked at Pittsburgh and decided that it was far enough, but not too far, from home, had access to professional sports and theater while still possessing a smaller town feel. He never regretted his choice. Bob told great stories, and he had many. He was a fisherman, a golfer, a softball player, a history buff, a crossword puzzle and Free Cell enthusiast, a musical theater aficionado, and an avid sports fan who held season tickets to the Pirates for 15 years and to the Steelers for over 40 years. He taught his children to never leave a game early, even if it was below freezing. He is survived by his wife of 43 years, Mary; his children, Katie (Jamison Kantor), Ed, and Sara; his dog, Raffi; his granddog, Morty; his brothers, Ed (Annette) and Don (Sandy); and his sister, Sandy (Tim) Schitter. Friends are invited to attend a Celebration of Life gathering to tell stories and celebrate Bob’s life on Monday, December 13, 2021, from 11 a.m. until 2 p.m. at the Wooden Nickel, 4006 Berger Lane, Monroeville. If attending, please adhere to CDC guidelines, including wearing a mask. In lieu of flowers, the family requests that memorial donations be made to fund scholarships in Purdue University’s College of Engineering: https://connect.purdue.edu/s/givenow. Arrangements entrusted to the GENE H. CORL FUNERAL CHAPEL INC. AND CREMATION SERVICES OF MONROEVILLE. www.corlfuneralchapel.com

The family of Robert N. Stanutz created this Life Tributes page to make it easy to share your memories.