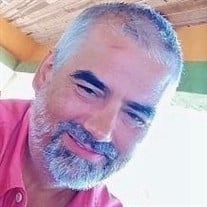 Robert T. Hellested, 53, of Middlesex Township, formerly of Monroeville, died Wednesday October 23rd, 2019. He was born June 23, 1966, in Boston Massachusetts. Son of Rogene Hellested and the late Rolf Hellested, also survived by brothers Paul (Laurie) Hellested, Chris (Rhonda) Hellested, and one sister Nicole Hellested. Robert had many nieces and nephews including Jamie, Jessica, Rachel, Paulina, Amber and Brian. Robert earned 2 bachelor’s degrees, a Horticulture degree from the University of Pennsylvania and an Engineering Degree from The University of Pittsburgh. Pitt – Penn State rivalry games were always interesting to watch with Robert. Robert spent the majority of his career as an Electrical Engineer working in the electrical power distribution equipment industry. He enjoyed being in the great outdoors when he was not working and was a steward of then environment. He enjoyed hiking, camping, kayaking, and music. He took great pride in his landscaping and gardening skills and shared this knowledge with his many friends and family members. Robert was a generous man with a heart of gold and will be missed by everyone he touched.Friends will be received from 2 to 4 p.m. and 6 to 8 p.m. Sunday October 27, at the GENE H. CORL INC. FUNERAL CHAPEL AND CREMATION SERVICES OF MONROEVILLE, 4335 Northern Pike (412-372-2100). A Funeral Service will be held Monday October 28, 10:30 a.m., at The Good Shepherd Lutheran Church, 4503 Old William Penn Highway, Monroeville, PA 15146 (Everyone please meet at the Church). www.corlfuneralchapel.com

The family of Robert T. Hellested created this Life Tributes page to make it easy to share your memories.