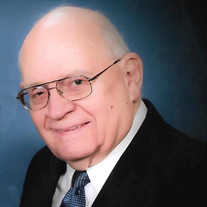 Robert M. Gaydos, 84, of Export, Pa passed away suddenly at home on Tuesday, September 28th. Bob was born on July 8th, 1937, in Shinnston, WV. to the late Paul and Helen Gaydos. He was a West Virginia all-state tackle in football in 1954 earning a full scholarship to William and Mary College where he played for two years before transferring to West Virginia University. While at WVU, he was a member of the Lambda Chi Alpha fraternity. After graduation from WVU in 1959 with a degree in Chemistry, he went to work at PPG in New Martinsville, WV where he met the love of his life Deloris and remained together for 60 years. Over the years he remained true to his love for chemistry by working with Koppers in their resin division as a chemist and Quality Manager and being one of the founding members of Preservation Technologies until his retirement as VP of Operations & Quality. While at Preservation, he formulated various processes to earn himself 2 patents for his work. He was also a member of the American Chemical Society for 50 years. During his retirement, he enjoyed his days sitting on the front porch with mom and watching the day go by. Even though they called Pittsburgh home since 1962, he always had WVU in his heart following the football and basketball teams religiously. Additionally, his “2nd love” were Corvettes where he owned a few over his lifetime and was a member of the Corvette Club of Western Pa. His love for football spilled over into coaching for the Franklin Midget Football program back in the late 70’s, early 80’s. He is survived by his loving wife Deloris; his sons, Mark (Jill) and Michael (Linda); grandchildren, Lindsae and Andrew (Sara), and great-grandchildren, Cameron and Jacob; cousins, Ronnie Orosz and Margie Jackson of Shinnston, WV and Marlene (deceased) of Romney, WV. His wishes were to be cremated with no services/viewing. The family will be holding a Celebration of Bob’s life on October 16th, 2021 at Pugliano’s Italian Grill, 1808 Golden Mile Highway, Pittsburgh, Pa. 15239 from 12 to 4 pm. In lieu of flowers, donations may be made to the Monroeville Animal Shelter payable to the Monroeville Foundation, 2700 Monroeville Blvd, Monroeville, Pa. 15146 or Action for Animals, P.O. Box 814, Latrobe, Pa. 15650. Arrangements entrusted to the GENE H. CORL FUNERAL CHAPEL INC. AND CREMATION SERVICES OF MONROEVILLE. To view the obituary and send online condolences visit www.corlfuneralchapel.com.

Robert M. Gaydos, 84, of Export, Pa passed away suddenly at home on Tuesday, September 28th. Bob was born on July 8th, 1937, in Shinnston, WV. to the late Paul and Helen Gaydos. He was a West Virginia all-state tackle in football in 1954 earning... View Obituary & Service Information

The family of Robert M. Gaydos created this Life Tributes page to make it easy to share your memories.