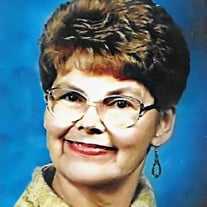 Phyllis (Field) Bartosh, of Monroeville, PA., passed away on June 13, 2021, at the age of 82. She was born on January 25, 1939, in Meadville, PA. to the late Amon Field and Rose (Hutchinson) Field. Phyllis attended Meadville High School, and upon graduation in 1956 she moved to Erie, PA. and obtained employment with the James Cross Supply Co. as a secretary. It was here in Erie where she met and married Robert Bartosh in 1962. Robert who was a mechanical engineer, worked at the Copes Vulcan division and he later changed employment to a Westinghouse Electric Company plant, Electro Mechanical Division in Cheswick. They initially moved to an apartment in the Fox Chapel area before purchasing a house in nearby Monroeville. A genealogy research of Phyllis’ ancestry resulted in finding her GGGG-Grandfather, John Hopwood, who was an aide to General George Washington during the Revolutionary War. On a vacation trip to England in 1979, a visit to the manor house called “Hopwood Hall” near Middleton that was the residence of Phyllis’ ancestry that has been in existence since the 12th century. It is from here that the first Hopwood had arrived in Barbados in 1615 before immigrating to the North American continent. A further research of the Hopwood ancestry resulted in finding that the first Hopwood landed in English territory with William the Conqueror who invaded England from Normandy in 1066. Phyllis was a parishioner of the North American Martyrs Church in Monroeville and was responsible for arranging Mass times for parish servers. She is survived by her beloved husband, Robert Bartosh with 59 years of marriage; her children, Robert Bartosh Jr. and Rebecca Bartosh Bennett; her loving granddaughter, Rachel Rose Bennett, who she described as “a jewel in the eyes of her grandparents”; her brother Issac Field and many nieces and nephews. Friends will be received on Thursday, June 17 from 2 to 4 and 6 to 7:30 p.m. with a Blessing Service following at the GENE H. CORL FUNERAL CHAPEL INC. AND CREMATION SERVICES OF MONROEVILLE, 4335 Northern Pike (412-372-2100). A private internment will take place at the National Cemetery of the Alleghenies. www.corlfuneralchapel.com

Phyllis (Field) Bartosh, of Monroeville, PA., passed away on June 13, 2021, at the age of 82. She was born on January 25, 1939, in Meadville, PA. to the late Amon Field and Rose (Hutchinson) Field. Phyllis attended Meadville High School, and... View Obituary & Service Information

The family of Phyllis (Field) Bartosh created this Life Tributes page to make it easy to share your memories.

Phyllis (Field) Bartosh, of Monroeville, PA., passed away on...