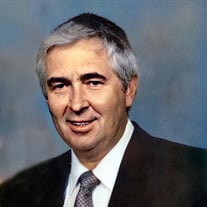 Michael P. Farren, Age 91 of Plum, died peacefully at home on Good Friday, April 15, 2022, after a brief illness. He was the son of Michael and Bridget Farren of Swissvale. Michael is survived by wife Karen Farren and his 5 children- Michael, Linda, Dennis, Colleen, and Kevin, and stepdaughter Shelley. Michael was one of 10 children-Mary, James “Joe”, Anne “Sis”, Thomas, George, Eileen, Eleanor, Edward, and David, and grew up in an Irish Catholic family in Swissvale. He was the proud grandfather to 15 grandchildren and great-grandfather to 10 and had many nieces and nephews. Michael was a graduate of Swissvale High School and entered the Air Force in 1952, serving 4 years active duty and 4 years reserve. He was a long-time employee of the Union Railroad Company, working as a computer operator and retiring in 1989. Michael was an avid golfer enjoyed playing with both friends and family. He was very proud of his Irish Catholic heritage, a regular member of the Ancient Order of Hibernians (AOH) and made many trips to Ireland where he toured and visited family. A member of Mother of Sorrows Church in Murrysville, Michael and Karen would always be seen in the 3rd pew on the left-hand side of the church for Sunday Mass. Michael enjoyed cooking, spending time with family and especially giving attention to his beloved Cairn Terrier dogs, along with working on various projects around the house. Michael is best remembered for how he treated others and for how he would be there for those in need. Friends received from 2-4 and 6-8 p.m. on Wednesday, April 20th at the GENE H. CORL FUNERAL CHAPEL INC., 4335 Northern Pike, Monroeville. A Mass of Christian Burial will be held at Mother of Sorrows Roman Catholic Church, 4202 Old William Penn Hwy, Murrysville on Thursday morning, April 21 at 11:00 a.m. In lieu of flowers memorial contributions may be made to your local animal shelter. View and share condolences at www.corlfuneralchapel.com.

Michael P. Farren, Age 91 of Plum, died peacefully at home on Good Friday, April 15, 2022, after a brief illness. He was the son of Michael and Bridget Farren of Swissvale. Michael is survived by wife Karen Farren and his 5 children- Michael,... View Obituary & Service Information

The family of Michael Paul Farren created this Life Tributes page to make it easy to share your memories.