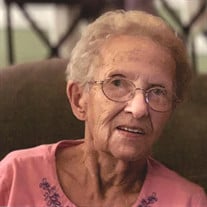 Margaret “Peggy” Elizabeth (Vortish) Matz, Age 88, of Holiday Park, died peacefully on Friday, July 19, 2019 at 4:25 p.m. surrounded by her loving family. Peggy was born in Wilkinsburg, PA. on June 8, 1931. She graduated from Wilkinsburg High School in 1949. She was an alumna of both Seton Hill University and the University of Pittsburgh where she received her Masters of Social Work. She completed her degrees while working full time and raising her two sons and two daughters. Early in her career, Peggy worked for Children and Youth Services of Allegheny County. She worked for years within the Kane Nursing Home system, primarily in McKeesport but eventually at every location as a consultant after retirement. She was involved for many years with the Order of the Eastern Star (Wilkinsburg Chapter #103, Pitcairn Corinth Chapter #229), ultimately acting as Worthy Matron from 1960-1961. She was very committed to Christ’s Lutheran Church, serving on church council, as a liturgical deacon and as head of Christian education. Peggy is survived by her husband of over 60 years, Alexander Matz. They were married in December of 1958 after meeting at a church picnic volleyball game. Avid travelers, Peggy and Al enjoyed camping from coast to coast, including a month long trek through Alaska. She spent her last 20 years as a snowbird between Pittsburgh and Ocean Resorts on North Hutchinson Island, Florida, where her favorite pastime was reading a good book by the ocean. A lifelong Pirates and Steelers fan, Peggy was known to root enthusiastically for both. She was preceded in death by her parents, Blaine and Dortha (Dininger) Vortish, and her sister Patricia (Richard) Baxmeier. She is survived by her brother Phillip (Nancy) Vortish; sons Eric (Alicia) Matz and Curtis (Kelly) Matz; daughters Karen (Thomas) Palmer and Kristin (Jason) Ropchock; 10 grandchildren, and nieces and nephews. Friends will be received Monday from 6-9 p.m. at the GENE H. CORL INC. FUNERAL CHAPEL AND CREMATION SERVICES OF MONROEVILLE, 4335 Northern Pike (412-372-2100). Services will be held on Tuesday, July 23 at 10 a.m. at Christ’s Lutheran Church, Murrysville. (Everyone please meet at the Church). Interment immediately following in Christ’s Lutheran Church Cemetery (Hankey Cemetery). In lieu of flowers, memorial contributions can be made to Christ’s Lutheran Church general fund, 5330 Logan Ferry Rd., Murrysville, PA. 15668 or Redstone Highlands Hospice, www.redstonehighlands.org/@home.

The family of Margaret Elizabeth Matz created this Life Tributes page to make it easy to share your memories.