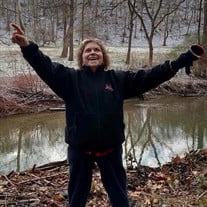 Jean Krause died on March 10, 2020, as she lived her life, under her own terms, at her Monroeville home, surrounded by family. Jean lived a life of profound Faith, with a foundation of limitless kindness, caring and generosity. She had a seemingly unlimited sense of adventure that led her to become a champion bowler and runner. Jean fished the rivers of Alaska, the lakes of Canada, and skydived off mountains in New Zealand. She traveled throughout the world, making lifelong friends. She was truly fearless and was the rock upon which her family endured. Loretta Jean Shafer, born in 1927, was one of eight children born to farmers Carl and Edna near Terre Haute, Indiana. Known as Loretta as a child, she began working at age 8, caring for an elderly couple. She never stopped caring for people.Jean finished high school early and studied nursing at St. Anthony’s nursing school in Terre Haute, graduating at 20, too young to take the Indiana Board Exams, becoming a Registered Nurse some months later. She learned that Trans World Airlines was searching for flight attendants, and after a very competitive process, was among the 10% of candidates who were offered positions. In an age of elegant air travel, Jean was, and remained, a stunning beauty. Jean was a flight attendant for fewer than two years, but it was on one DC-3 flight from South Bend to his home in Pittsburgh that she met a young Notre Dame student, Richard Keady, whom she married in 1950. Jean and Dick lived in South Bend long enough for Jean to be baptized into the Catholic faith at Notre Dame’s Sacred Heart Cathedral and to have their first and ever favorite child, Bob. The young family moved to Pittsburgh in 1951 for Dick to begin his career at Westinghouse, later moving to Monroeville, where they continued to expand the family with the birth of Sandy and Donna, and after a lapse of some 9 years, John and Peg. Sandy, Donna and Peggy followed mom into nursing, all becoming RN’s. For ten years she worked at Western Psychiatric with geriatric patients where she was adored and respected. Dick passed away in 1990 after a courageous battle with cancer. Through the scheming of Peggy, mom came to know Bruno Krause, whose wife had recently passed. After a romantic courtship, Jean and Bru were married in 1994 and spent 10 loving years together until Bru’s passing in 2004. In spite of the death of son John in 1992 and husbands Dick and Bru, mom’s life was joyful, soulful, compassionate and caring. She became a vital part of Monroeville Meals on Wheels, delivering to clients who she valued as friends. Jeans strength was never more evident than when she was diagnosed with stage 4 lung cancer in 2017. Gravely ill, Jean rallied through a clinical trial that beat the cancer and went on with a life still full of love, family and helping others. She spent her last months at home on her porch, built by son John. She insisted there would be no more hospitalizations and was cared for by her daughters and a wonderful team of caregivers who became like family. Jean is survived by her sister Geneva, four loving and grateful children, twelve grandchildren, 9 great grandchildren, and friends too numerous to count. Mass of Christian Burial 10:30 a.m. on Friday, March 13, 2020 at Christ the Divine Shepherd Parish at North American Martyrs Church. Interment following in All Saints/Braddock Catholic Cemetery. In lieu of flowers, please direct any donations to Monroeville Meals on Wheels, 2225 Ramsey Road, Monroeville, PA. 15146. Arrangements entrusted to the GENE H. CORL FUNERAL CHAPEL INC. OF MONROEVILLE. www.corlfuneralchapel.com

Jean Krause died on March 10, 2020, as she lived her life, under her own terms, at her Monroeville home, surrounded by family. Jean lived a life of profound Faith, with a foundation of limitless kindness, caring and generosity. She had a seemingly... View Obituary & Service Information

The family of Loretta Jean Krause created this Life Tributes page to make it easy to share your memories.