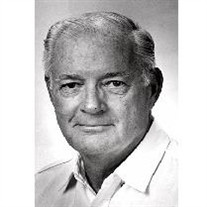 John B. Shaw Age 85, of Monroeville, passed away on Monday, January 15, 2018. Beloved husband of the late Vera Jean (Linn) Shaw; father of Elaine Hines (David), Diane Haddix (Robert) Â and Leslie Schalk (Lee); grandfather of Jonathan Hines, Jason Plowman (Kelly), Nicole Hines, Jillian Hines, Carson Schalk and Mason Schalk; brother of the late Richard Shaw(Marie), Thelma Vanderheid (Carl) and Melba Jean Ludwig (George). John graduated from Penn State University with a BS degree in Electrical Engineering and also graduated from Carnegie Tech with a BS degree in Industrial Management, and had a private consulting business and was a self employed entrepreneur. He was a US Army Korean War veteran, and was a 50 year member of Valley Lodge # 613, Scottish Rite 32 degree and the Syria Shrine. He was a private pilot, logging in 1100 hours in the US and Canada, flying for business and pleasure, and was also an avid reader. As per John's request there will be no visitation. A memorial service will be held at 10 a.m. on Monday, January 22, 2018 at the Monroeville United Methodist Church, 219 Center Road, Monroeville. A private inurnment will be held in the National Cemetery of the Alleghenies. John requested memorial contributions to the Shriners Hospitals for Children, Office of Development, 2900 Rocky Point Dr.,Tampa, FL 33607 or the Wounded Warrior Project, P O Box 758517,Topeka, Kansas 66675-8517. Arrangements entrusted to the GENE H. CORL INC. FUNERAL CHAPEL AND CREMATION SERVICES OF MONROEVILLE. www.corlfuneralchapel.com

The family of John B. Shaw created this Life Tributes page to make it easy to share your memories.