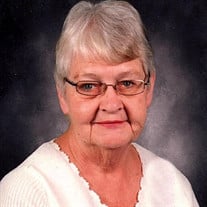 Janet L. “Me Me” (Spencer) Mathias Age 78, of Monroeville, went home with our Lord on November 28, 2018. Born in Aliquippa, PA., Janet graduated from Hopewell High School. She then attended Clarion University, where she earned a Bachelor of Science degree in education, and then attended West Virginia University where she earned her Master’s degree in education. After teaching 6th grade for 15 years, Janet earned her RN degree and license, putting herself through school while raising two children. She worked as a Neuro-Oncology RN at West Penn Hospital for 20 years, and then retired as a school nurse for University Park Elementary in Monroeville. Janet loved her children, grandchildren and pets more than anything in the world. Selfless, loyal and strong, she raised her two children as a working single mother. Janet rescued and saved more cats and dogs over her years on Earth. She will be missed by all who were blessed to know her. She was preceded in death by her parents, Frank and Mary (Zaremba) Spencer and son John “Jack” Mathias. She is survived by her daughter Jacqueline L. Geiselhart (Eric) and son, Dr. Mark Mathias, both of Monroeville; grandchildren, Dr. Eric Spencer Geiselhart, Megan Tetreault (Brandon), Brenden Spencer Edgar and Madison Mathias; and her brother Jack Spencer (Fran) of Salem, Ohio. Her body is gone, but her spirit in us lives on. Friends will be received from 2-4 and 6-8 p.m. Sunday, December 2, 2018 at the GENE H. CORL INC. FUNERAL CHAPEL AND CREMATION SERVICES OF MONROEVILLE, 4335 Northern Pike (412-372-2100). Service and interment private. www.corlfuneralchapel.com

Janet L. &#8220;Me Me&#8221; (Spencer) Mathias Age 78, of Monroeville, went home with our Lord on November 28, 2018. Born in Aliquippa, PA., Janet graduated from Hopewell High School. She then attended Clarion University, where she earned a... View Obituary & Service Information

The family of Janet L. Mathias created this Life Tributes page to make it easy to share your memories.