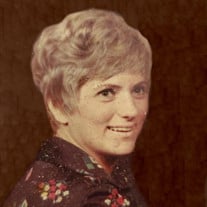 Grace Lorrayne Carmino, 75 of Verona, died at home on December 18, 2020. She was surrounded by family and died peacefully after a long struggle with consequences from diabetes and liver failure. Grace was born on June 25, 1945 to Earl and June Hill in Verona, PA. Grace was blessed to have lived her childhood, most of her adult life, and also die in her childhood home. Grace led a rich career in banking and later found her calling in supporting agencies who care for frail and terminally ill patients in community at VITAS Hospice and Community LIFE. In administrative support roles, Grace loved contributing to the well-being of others who needed more and had less than she did. She also enjoyed volunteering in community and visiting patients who didn’t have family and were enrolled on hospice. Grace was predeceased by her parents, Earl and June Hill, and sister/best friend Jacquelyn Ferguson. Grace is survived by her husband James Carmino. A second marriage for both of them, they met in 1974 and married in 1976. Grace and Jim shared three children - son Scott Carmino (wife Tara), daughter Deana Binder (husband Bob), and daughter Denise Stahl (husband David). Jim and Grace had six grandchildren (Josh Carmino, Heather Carmino, Leah Carmino, Danielle Clayton (Matt), Nicole Russick (Mike), and Luke Stahl (Olivia Scouten). Grace also very much loved being a great-grandmother to Jerry Kumer, Kaiden Russick, Kayleigh Russick, Avery Clayton, and Kynnsleigh Clayton. Growing up 14 years junior to her sister Jackie Ferguson, Grace always held her nephews Michael, Shawn, and Robb Ferguson and niece Robin Ferguson Frederick quite dear. Grace was her family’s biggest cheerleader and most avid worrier. Grace wanted nothing more than for her family to be happy, healthy and nearby. Grace enjoyed traveling with family, making many wonderful memories of amusement trip vacations while the kids were little, and camping at “Cutty’s” for decades with her parents early on and then later with children and grandchildren. In short, if family was involved, she enjoyed it no matter what. Grace lived the adage “the more the merrier” in everything she did. Her abundant personality and drive to make others happy will be forever missed. Grace loved to talk – over and over and over again. If you’ve spent time with her, you know there was never a lack for words. And, if you were fortunate enough to receive one of her signature homemade cards, you know she loved you dearly. Grace was a devoted servant of Christ and held her faith very close to her heart. Grace was a long standing member of Rolling Hills Baptist Church. She had many dear friends met through church, teaching vacation bible school, and her various career positions. Grace cherished her friendships and was always intentional about staying in touch. Despite initial resistance, Grace learned to embrace technology and enjoyed texting and video calls with friends and family up until the morning of her death. The family would like to thank Dr. Dana Brown and the staff of Renaissance Family Practice, the Palliative Care Team at UPMC St. Margaret, and Family Hospice and Palliative Care for their dedication and compassion. Additionally, the family would like to recognize and appreciate the call center operators of LifeAlert and the Penn Hills EMS crew for their prompt response and assistance as Grace’s illness progressed and needed help at home. Due to COVID-19 restrictions, there are no funeral services planned at this time. The family will plan a Celebration of Life service and interment of her ashes at Mt. Hope Cemetery in Penn Hills, PA in the coming months. In lieu of flowers, the family suggests donations to Community LIFE, the Hospice and Palliative Nurses Foundation, and Penn Hills EMS. Arrangements entrusted to the GENE H. CORL FUNERAL CHAPEL INC. AND CREMATION SERVICES OF MONROEVILLE. Online condolences may be sent to www.corlfuneralchapel.com.

Grace Lorrayne Carmino, 75 of Verona, died at home on December 18, 2020. She was surrounded by family and died peacefully after a long struggle with consequences from diabetes and liver failure. Grace was born on June 25, 1945 to Earl and June... View Obituary & Service Information

The family of Grace Lorrayne Carmino created this Life Tributes page to make it easy to share your memories.

Grace Lorrayne Carmino, 75 of Verona, died at home on December...