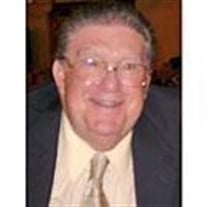 Of Murrysville, PA, passed away suddenly at his home on August 15, 2015, at the age of 74. Dr. Macdonald leaves his beloved wife and best friend of 48 years, Sandie (Nemes). Douglas was the son of the late Betty and Alex Macdonald of North Huntingdon, PA. Douglas was a graduate of Norwin High School, Class of "59", where he served as Senior Class President, Member of the National Honor Society, football player and many other extra-curricular activities. During his illustrious career, Dr. Macdonald graduated from the University of Pittsburgh in Pre-Med and the University of Pittsburgh Medical School (1967). During his training he performed a rotating surgical internship at Mercy Hospital and his residency in Obstetrics and Gynecology at Magee Women's Hospital where he served as Chief Resident. Before setting up his practice in Monroeville, he was drafted into the Army as a Captain and was appointed Group Surgeon in Vietnam where he was the recipient of two Bronze Stars. Dr. Macdonald delivered more than 8,000 new lives into the world and was beloved by his patients so much so, that he received the 2010 Gold Award of Outstanding Excellence in OB/Gyn-East by the readers of Trib-Total Media. Organizations that he was a member of include: PA Medical Society, Allegheny County Medical Society, ACOG, American Legion, McKeesport Historical Society, Jaguar Clubs of America and Jag N. America. Douglas enjoyed gardening, photography, classic car collecting, coin collecting, model railroads and building models of historic buildings. He also enjoyed the company of his beloved feathered friends, ("Groucho and Belle"), his macaws and his Yorkie, Chanel, all of whom he missed dearly. He leaves behind his sisters, Margaret (Jim) Rath of Conneaut Lake, PA and Sarasota, FL and Laurie (Ed) Yates of Conneaut Lake, PA; his dear brother-in-law, Joseph (Sherry) Nemes of Mentor on the Lake, OH; sisters-in-law Beverly Walton of Richmond, VA, Cheryl (Austin) Ganz of Weston, CT, Jani (Rick) Smallis of North Huntingdon, PA; and many cherished and beloved nieces and nephews. He was preceded in death by his beloved father-in-law, Joseph Nemes; and mother-in-law, Janet (Carl) Webb. A private memorial will be held to celebrate Douglas' life. If you wish to honor him with a special tribute, some of his favorite charities are: American Heart Association at www.heart.org/today, Wounded Warrior Project at https://support.woundedwarriorproject.org, or Animal Rescue League at www.animalrescue.org.

Of Murrysville, PA, passed away suddenly at his home on August 15, 2015, at the age of 74. Dr. Macdonald leaves his beloved wife and best friend of 48 years, Sandie (Nemes). Douglas was the son of the late Betty and Alex Macdonald of North Huntingdon,... View Obituary & Service Information

The family of Dr. Douglas A. MacDonald created this Life Tributes page to make it easy to share your memories.

Of Murrysville, PA, passed away suddenly at his home on August...