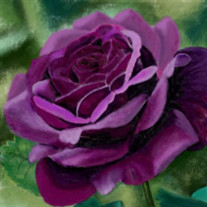 On Thursday, February 4, 2021, Dorothy M. Wratcher (Jakovac), 89, of Monroeville, PA., passed peacefully after battling COVID. She was pre-deceased by her husband, Robert R. Wratcher, her sister, Jean J. Dapra, her daughter-in-law, Lori Wratcher, and her parents, Jack and Ann Jakovac. Dorothy is survived by her children, Marcia A. Wratcher of Wilkins Twp., PA., Robert J. Wratcher (Cynthia) of Monroeville, PA., and Thomas J. Wratcher of Wall, PA., and her beloved grandchildren Robert R. Wratcher (Carrie McAnany) and Lindsay Wratcher Smith (Wilton) who knew her as “Ma Teddy”. She is also survived by her brother-in-law, Richard A. Dapra, her sisters-in-law Dorothy A. Wratcher and Dolores Zangrille, her nephews and nieces, and many friends. Dorothy was born and raised in Oakmont, PA. where her parents owned a grocery store. She graduated from Oakmont High School and received her bachelor’s degree in Elementary Education from Indiana State Teachers College (now IUP). She taught in the Penn Hills School District, Gateway School District, and she retired from North American Martyrs School in Monroeville, PA. Dorothy loved her students and corresponded with many of them throughout the years. It was not unusual for her children to be stopped by a former student who wanted to convey their kind remembrances of her. Dorothy was an excellent cook and baker. She hosted Sunday family dinners and holiday meals for many years until she was no longer able. She loved her hometown of Oakmont, PA., American history, flowers and she was an avid reader sometimes reading a book in one day. Well into her mid-eighties, she planned regular luncheons for her elementary and high school friends from Oakmont sometimes having 25 people in attendance. Most of all, she enjoyed raising and caring for the family pets which included dogs, guinea pigs, and hamsters. Dorothy instilled in her children the importance of having goals and of always treating people with equality and respect, something that she learned growing up in the grocery store. The Wratcher Family wishes to thank everyone at Concordia of Monroeville, Monroeville # 4 Ambulance Service, and the doctors and staff at Forbes Regional Hospital who cared for her during her illness. At Dorothy’s request, there will be no viewing and burial will be private. Donations in her name may be made to: Animal Protectors of Allegheny Valley, 730 Church St., New Kensington, PA. 15068 or Monroeville Public Library, 4000 Gateway Campus Blvd., Monroeville, PA. 15146. Arrangements entrusted to the GENE H. CORL FUNERAL CHAPEL INC. OF MONROEVILLE. www.corlfuneralchapel.com.

The family of Dorothy M. Wratcher created this Life Tributes page to make it easy to share your memories.