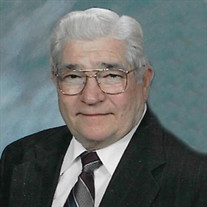 Charles G. Smith, age 93, died of natural causes on July 27, 2021, in Pittsburgh surrounded by his loving family. Charles is survived by his three children, his daughter Kathy Cheyne (Jack), of Murrysville Pa; his daughter, Karen Bond, of Upper St. Clair; and his son, Charles G Smith Jr. (Flavia, of New Orleans.) His ten Grandchildren; Matt, Kate, Dan, Michael, George, Brianna, Julia, Tyler, Vitoria and Valentina. His five Great Grandchildren; Will, Elliot, Cameryn, Elodie, and Alexander. He is also survived by many loving nieces and nephews. He is preceded in death by his wife, Phyllis A Smith, his mother, Frances Smith, his father Joseph Smith and his five siblings; Robert, Alvina, Helen, Marcela and Joseph. Charles was born on July 1 st,1928 in Pittsburgh, Pa to parents Joseph Smith and Frances Smith. He graduated from Westinghouse High School in 1946. He served as a Corporal in the US Army during the Korean War.After the war, he started his career in the construction industry. He worked for Pennsylvania Erection and Rigging as Vice President and was the President of Century Steel, until his retirement. Charles was a devoted family man and a loving father. He married Phyllis Ann Etzler on June 15, 1957, and the couple had three children together. Charles was an outgoing, active man who was involved in the North American Martyrs Catholic Church for the majority of his life. He enjoyed traveling around the world, cooking great food, and spending memorable times with his 10 grandkids and 5 great grandchildren. His family and friends will always remember him as a warmhearted and kind person. A Mass of Christian Burial was held on July 29 th at North American Martyrs Church. Donations can be sent to the Alzheimer Foundation in his name. Arrangements entrusted to the GENE H. CORL FUNERAL CHAPEL INC. OF MONROEVILLE. www.corlfuneralchapel.com.

The family of Charles G. "Chuck" Smith created this Life Tributes page to make it easy to share your memories.